I am kind of beside myself today. This is my firstborn’s birthday, and I’m not gonna get into all that here because this is not my personal blog, but let’s just say he’s the same age this year as I was when I left his father — 25, holy shit — and I felt old that year. (1999 was a fucking horrible year. Then 2004 surpassed it… I thought. Then came 2020.) It is not often something really cool happens on his birthday, but in ’05 Doctor Who returned to the airwaves, which I didn’t fully appreciate until five years later, and now today we’ve had TWO new things from Rory, and although I’m not the one who’s supposed to be getting the presents, in some cultures the mom does get the fucking presents so I’mma take what the universe gives me with a great big shit-eating grin.

You already saw Rory’s new ad in the previous post. If you didn’t, get yer buttocks on over there and look.

Okay. If you followed me on Facebook (RIP), you know what I do when I get screenshots. I put just about all the fuckers up complete with fun commentary. Part of me wants to do that here, but also, I had another all-nighter last night, and I’m fucking knackered. (I love that word.) ALSO, jury’s still out on whether I will do a screenshots section on this website; I still have the page up but I’m not 100% wedded to any solution just yet. BUT, I will have screenshots here in a dedicated space regardless. I just need to decide WHERE and how I will nest the pages before I go taking on that HUGE FUCKING PROJECT, which it will be, trust me, but I’m not ready just yet.

BUT! I can put up some of my favorites for you. You’d like that, right?

I can’t fuckin’ hear you!

Okay. Here we go. And let me enlighten you on the realities of screencapping Netflix. To wit, unless you’re using their DVDs, you can’t do it. The service itself has some kind of built-in code to keep you from getting any still shots off their programming. Fuckers. Happily, there are plugins you can add to Chrome and, I guess, maybe to Firefox, but I fucking hate Firefox except as an alternative READING browser so never mind. So I got around that little problem.

I apologize that these will be dark. These are RAW screenshots, and I’ve not edited them. Also, click on the pic to see it bigger. This should also work on a phone, but you’d really rather do it on something with a bigger screen. Trust me.

This episode of The Irregulars is called “An Unkindness in London,” which you will eventually find has a double meaning. I’m not gonna get into much of what’s happening in the plot because the screencaps won’t make it obvious and I don’t want to spoil everything. 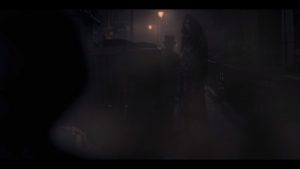 This is not the first pic I got of Rory, but it’s the first one where you can clearly see the costume. Already knowing the name of his role, and given the height of the guy in the costume, I figured this had to be him. 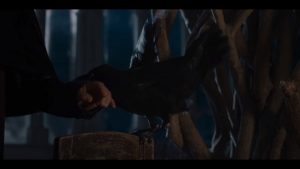 I can never pass up those beautiful hands, given a chance. And we’ll see them again later. Yay! 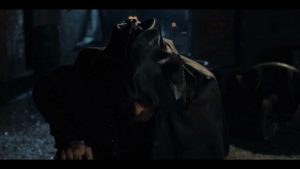 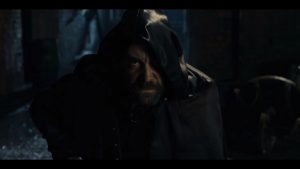 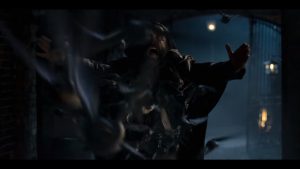 (Fun fact, for the five of you who didn’t know: Rory hates horror films, and particularly jump scares. Hides his face behind his hands to get through them [me too, big man… me too]. Says he doesn’t mind acting in them, however. This isn’t a horror film, but it’s got horrific elements in it. I bet he had fun with it though.) 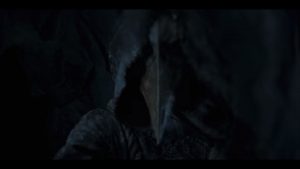 No Roryface, but a good look at the plague-doctor mask he’s wearing in one character’s visions. (Spoilers… watch the danged episode.) 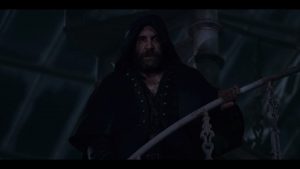 Turns out the Bird Master is a bird scientist named Arthur. He should get together with the Moth Man named Arthur and have a killer time. 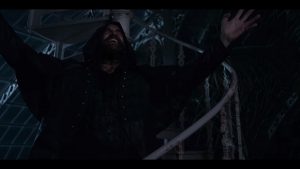 There are two unusual-for-Rory aspects of this role. This is the first one: Rory’s playing a character with supernatural powers. Arthur’s calling every fucking bird in the fucking city to do… something. Spoilers. 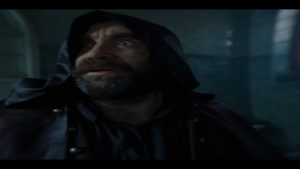 Someone else in the show has supernatural powers, and those have kicked in now. Arthur is bewildered. 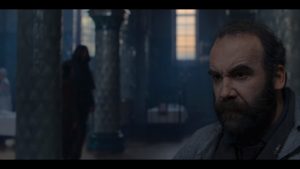 One thing among MANY that fascinates me about Rory McCann is how much his face can change from role to role even before they put the (any) makeup on. I’ve been taking screencaps of him for two damn years next month and seen his range. I swear he’s half chameleon. (Awfully cuddly for a chameleon, but never mind.) Although here he reminds me a bit of McNess in Solomon Kane which — if you decide to watch it — he only appears in for like the last half-hour or so of the movie, damn it.

But this is Arthur before The Bad Thing happened. Which I will not elaborate on because watch the fucking episode.

Oh and, did you notice? Two Rories in one photo. SIGH. 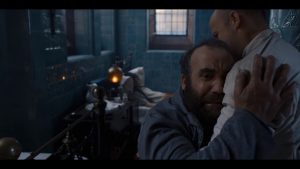 I can’t really joke here because the episode isn’t funny (mostly… there are a couple moments) anyway, and then from here on in it’s not funny at all. Typically the productions Rory is in don’t give him much of a shot at emotional range. I’ve seen tears in his eyes for a role… hm… twice, if he had tears in his eyes for Alexander? The other time in Jack ‘n’ Jill (yes, I saw it, Rory… several times in fact) after Jack is shot and in a lot of pain. Nothing like this. Not Arthur’s absolute heartbreak.

This isn’t even the worst of it. 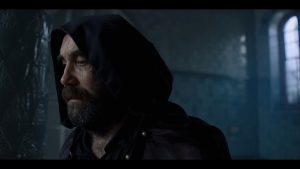 …No, this isn’t the worst of it either. 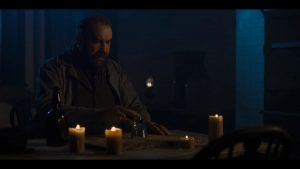 Some flashback of where Arthur got his bird powers from, which I didn’t wholly understand because I didn’t have the captions on. (I’m not deaf or technically hard of hearing but I have trouble parsing sometimes.) I’m sure when I watch it again with them on I’ll clue in. Obviously this is some sort of talking board. I just am not sure who Arthur was talking to. 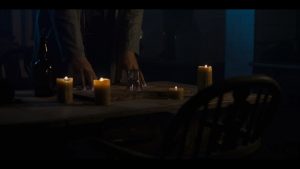 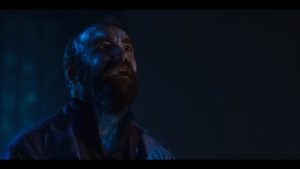 And some kind of power’s going into Arthur… well, the bird power, obviously. Neat visual here.

(OMG HIS EYELASHES. I STILL can’t get over his eyelashes. SIGH.) 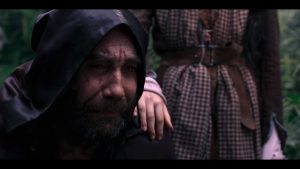 See, I said those other shots weren’t the worst of it. This is just heartbreaking.

Anybody ever makes Rory cry like this for real, I’m personally kicking your ass. 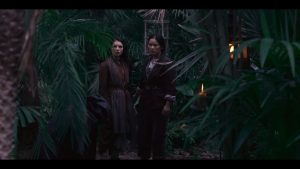 And last shot of him. Arthur has just lost it now.

Okay. That’s all I’m putting up for this post. I have at least four times the number of caps that I actually put here. I may not even put all of them up in a screenshot section later, but I will put more than I did here.

Also, I’m finishing at eight minutes after midnight my time but shh. Doesn’t matter. Let’s pretend I got it all done on Friday night instead of Saturday morning. *click*

P.S. He never said “Little Bird” even once. I am not surprised, but I was half expecting it.