So this time we’re gonna have a little fun.

First up, I belatedly realized I have hit the three-year anniversary of Rory doing that autograph session at Comic Con Scotland. For those of you who weren’t in on the fandom back then, he had been scheduled as a headliner in October 2019. We were all excited and a few of us even bought tickets and made plans to go over and see him. Only for him to back out maybe a week or two before the show, citing having to work more on his acting career.

Personally I think he got cold feet because he is an introvert and cons had probably gotten overwhelming during his Game of Thrones phase, though I would wholly welcome being wrong on this one. But he made up for it to a certain extent — he didn’t just fuck off. He agreed to do an autograph session with no fans present so that the show would have something to sell from him after all. (You wouldn’t think so, but cons kind of struggle to turn a profit, which is why they’re so often staffed by volunteers.)

I was disappointed and delighted all at the same time — remember me saying that things can be bad and good at the same time? Here’s another example. No way in hell could I have gone to the show — and I was both heartbroken and relieved (there it is again!) because, frankly, I look like shit and I would have wanted to flirt with him a bit — but pay for an autograph? AS IT HAPPENED, the deadline to pay for a personalized autograph was right after payday. Are you kidding me? So I paid up, let the venue know who to address it to, and sat back and waited. 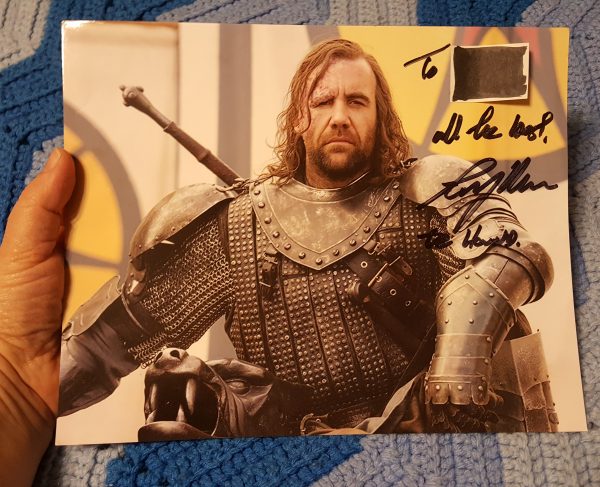 (I had hidden my name because I was incognito back then. It’s there.)

I don’t recall the date (the 14th of October) because I’m obsessive, though I suppose you could say that too. I recall it because I was going through the folder this pic is in looking for something completely unrelated to Rory and I happened to scroll past the file, which has the date embedded in its name.

“Oh yeah! Has it really been three years? Holy shit!”

Currently, the pic lives on my bedside table in a special frame with UV-resistant glass. I had bought the frame well before my life went to shit, and you better bet I have taken very good care of it in the time since. I got a special frame because Sharpie autographs are notorious for degrading, photos don’t like sitting in bright light anyway, and at that time the room I slept in at night got really good light in the daytime. So it was this whole thing. I didn’t even go to this much trouble for my Doctor Who photos, which were me with David Tennant and then another with me and John Barrowman and Catherine Tate. I actually do not know where those went. It’s a shame. But I’ve still got Rory. None of you are surprised.

Okay then. We didn’t just come here for my bragging about my Rory autograph. I ran across some other stuff too.

First up, the guy who photographed Rory in the beaver hat for a fan selfie: 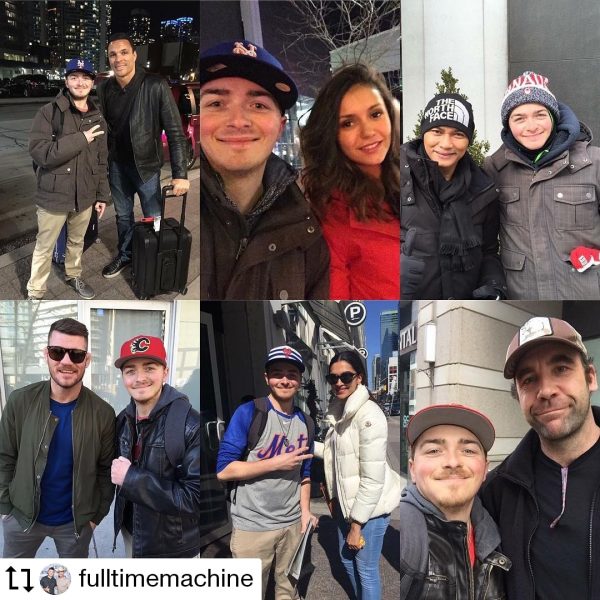 I am not gonna sit here scrolling back three years to see if he added Rory’s pic back into his feed, but I kinda hope he did. I was very disappointed to find it not there at the time. There is another IG account who goes around filching people’s pics and deliberately not crediting them (I have posted uncredited pics to IG in the past, but only because I didn’t know whose they were — this person did it far too often for it to have been accidental) and I can’t help wondering if that wasn’t the more likely reason fulltimemachine pulled the big man’s photo rather than because fans were nasty to him directly, per se. I also noticed the person I’ve seen doing said filching has limited their comments. Fucking wonder why. 🙄 I’m a hypocrite, too, because I had actually turned my comment function off when I had an IG for this site, but another problem with Hound fandom is the weird drama people start, and I had wanted to avoid that. I just had different reasons than Filcher did. It is what it is.

I said we’d be having fun and now I’m being an asshole. Let’s have some actual fun.

I don’t know who drew this (someone said Brian Kesinger, but I don’t recall him ever sharing it, and I think they were basing that assumption on the fact he does the Lil’ Kylo pieces), but it’s fucking awesome. If you don’t know, it’s inspired by Calvin and Hobbes. 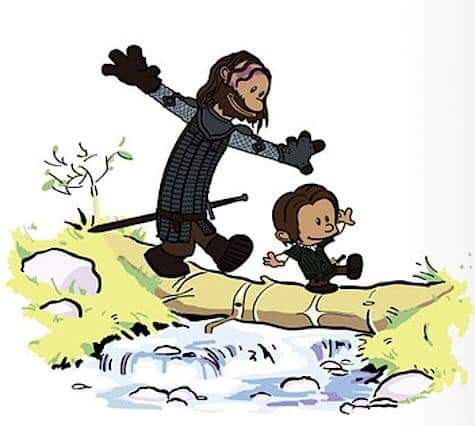 Here’s one I made. HOW’S YER EARWORM, BIG MAN 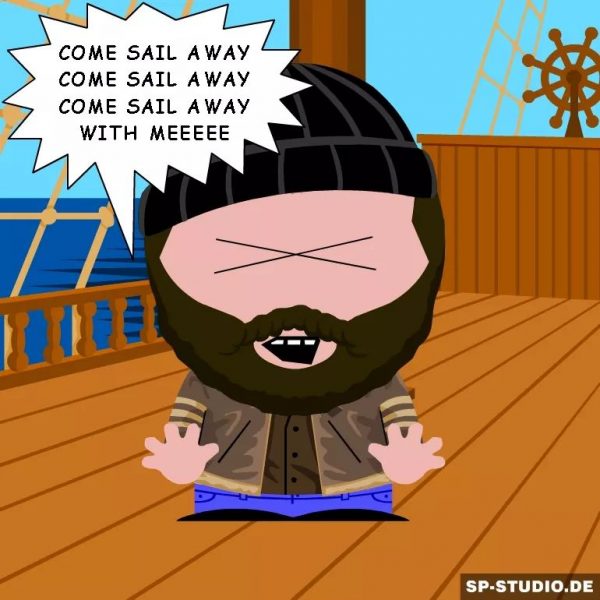 Here’s another one I made. Or rather, an Obama-poster generator did. I helped. 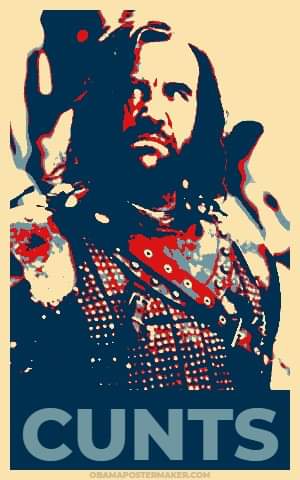 I dunno about you but if I were beset by bandits in Westeros and I saw this smiling 🙄 face, I’d feel a hell of a lot of “hope.”

I have mentioned before, probably on Instagram, that I want to do an image like this but by hand. That’s still on the wish list, it will just take so much time that I have put it on the back burner indefinitely. I wish I weren’t so fucking slow with these things.

And finally, another one I did, or actually altered from a previous version. I can’t even remember what the original bottom picture was now. 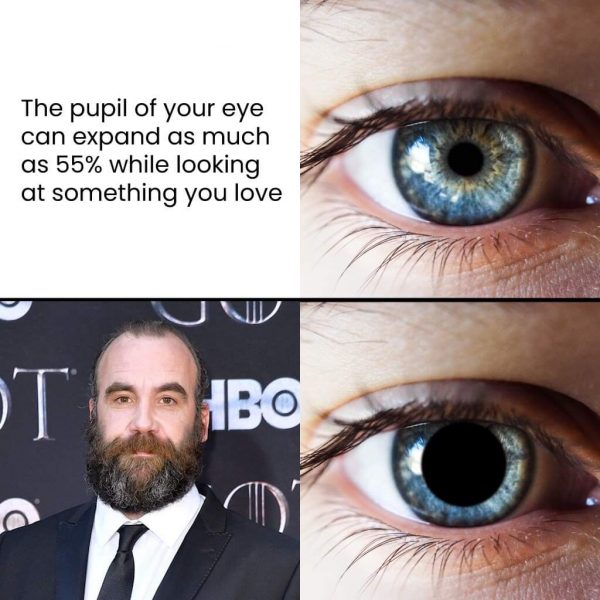 Also, my eyes are not blue. (😂) But you get the idea. I trust I am not alone in this sentiment or you wouldn’t be here, right?