Got a Google alert about Rory on the 7th but was out driving all day. It’s now twenty past midnight and I got around to reading it. Legend of Vox Machina has been renewed for season 3 and apparently Duke Vedmire is still in the show, which means Rory’s still got a job. GOOD ON YA, BIG MAN ❤

I do not know if I will have a job soon, but I did hear back from the temp agency rep I met on Thursday, which is a good sign. I need to get back with her (see also: driving all day) and schedule an interview. Eep.

Okay, I saw this on Pinterest and I have to share it here. I have no doubt a lot of you have seen it already. Humor me. 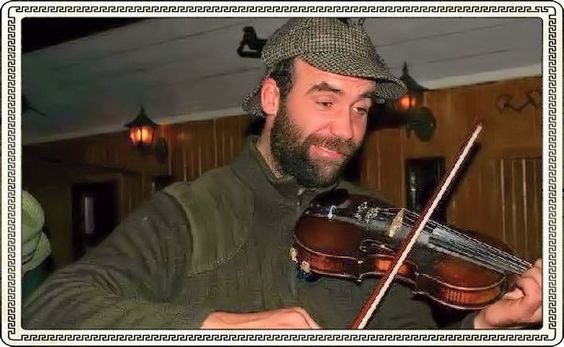 Naturally my brain fired up all cylinders wondering where on earth this came from.

I can tell you it’s from years ago. He hasn’t gone gray yet per se, but you can see the beginnings of gray streaks in his beard when he grows that out, and they’re absent here. I would say 2010ish, probably, at a guess.

I can tell you he’s pished. That’d be obvious to anyone over the age of, say, twelve.

I can tell you that’s a deerstalker hat he’s wearing, and that I’ve never seen him in one in any other photo of him, regardless of time period.

I can tell you it looks an awful lot like he’s in a pub.

I can also tell you that at last count he was known to play guitar, mandolin, and piano and has had at least one go on drums. I have never heard of him playing violin or fiddle. Doesn’t mean he hasn’t, I just haven’t heard/read him mention it, nor seen him doing it other than here.

So here’s what I think happened:

He was at a pub on some weekend when a band was playing. I’m gonna go out on a limb and guess it was a folk band. Probably Scottish music. Probably music with a fiddle in.

Someone, possibly someone in the band, happened to have a deerstalker on or available. Rory happened to notice the deerstalker and then had a moment of whisky-powered inspiration.

He’s a prankster. We know this about him. He’s also very smart. (According to Lena Headey and Peter Dinklage and, hey, the man reads; that’s always a good sign.) I’m sure he sees opportunities for silliness everywhere he goes. This had to have felt like a fun time handed to him on a silver platter.

I wonder if he remembers any of it at all. Hahahahaha. I have a photo somewhere of my eyes looking very similar to his, and there are bits of that night I don’t recall. And I guarantee you I did not get as trashed as he likely did here. 😎 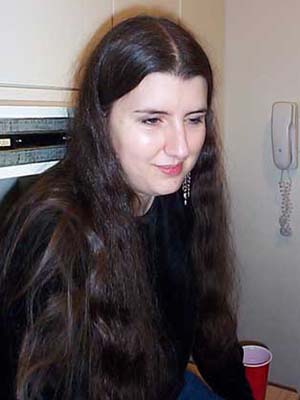 That pic’s around 20ish years old, I think. Very likely taken in 2001. I was tee. rashed. I got as drunk or drunker one more time, and then I finally learned to slow my roll. It’s for the best. I am a lightweight.