Okay. So the card I made Rory has been mailed off as of… yesterday, I think. Done.

I stayed up all night last night because I actually did go to bed but could not go to sleep and it was already after 5am. I can tolerate a slight amount of sunrise if I’m asleep before it’s all the way up but once the room’s lit there really is very little point. By then I have enough mental juice for one more drive and so I go get a couple iced coffees at minimum (I only have decaf at home — tried to quit it entirely, wasn’t happening, but I minimize full-octane so it will still WORK when I need it) and also a breakfast smoothie in the best-case scenario, then settle in at home ’cause I ain’t driving ever again that day. As today. So with it being around 11:30pm I have officially gone stupid. Hence being a bit vague about mailing dates.

I really hope this fucking stops once… other systems settle the hell down in… what… five years? Probably?

But I will have fewer annoyances after that, probably, so that’s a silver lining, at least.

I peeked in on my personal Instagram to see what was up, which there isn’t much since I’m not very active there, but I noticed an old friend of mine from ELEMENTARY SCHOOL had commented about The Irregulars. Rory’s in it in a later episode, she said, but she wouldn’t spoil which one.

This had been HINTED about in the first article I read about the series! But I thought they got a detail wrong. That happens a lot around Rory for some reason. You know how they joke about SEP fields in role-playing games? SEP standing for Somebody Else’s Problem and if you have an SEP field no one ever notices you? Rory’s got some kind of Journalistic Error field around himself, I think. It is probably part of the standard issue equipment for new actors, actually, and then they can’t get rid of it again later. So anyway. I blew off what I thought was an error in detail and hadn’t watched any more episodes after the first one because I was already in the middle of watching two shows. Thank fuck I’m almost down to the final season of Breaking Bad, and as it is I’m only watching one episode of it and one of The Walking Dead per night when I watch TV at all.

I am always the slow one in the fandom so I imagine other fans have gotten screenshots from that other episode by now. I am going to get through that last season of Breaking Bad, rewatch Ep 1 with Rory on subtitles, and then go on through and see where he shows up next. If I’d known about the second(? is there a third?) episode from day one, I’d have gone after it right away, but I can bide my time and I know I’m not depriving any of you. All good.

Anyway, when I get around to it I’ll do another screencap post HERE (remember, I nuked the Facebook page) and share my favorite bits. Could be you’ll see the same shtuff everyone else is sharing. That’s okay. No one minds seeing Rory again, I think*.

Meanwhile it’s pretty fucking funny to me that now all my friends think of me every time they see Rory in something. HAW HAW HAW. I remind me of my 8th-grade English teacher who loved Tom Selleck. Except I think I’d worry her a bit. 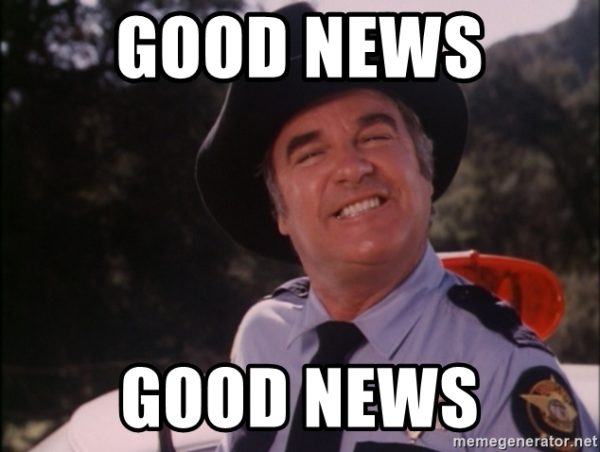 THE REFUND FROM ZAPPOS IS IN. My baby is SAFE for the next YEAR.

No, not Rory, though I hope he is too (and for lots longer!). I mean this website! Remember me saying I had fiddled where I should have faddled fiscally and turned out I had 15 days and they’d turn off my domain name because it would be expired? Right. I was really getting worried because Amazon has spoiled me on refunds and Zappo is a lot. slower. Which is hilarious since Amazon actually owns Zappos, but never mind. I was fretting that the shoes I returned might not have gotten there. But they have. All good. We’re set.

Almost two years I’ve been going with this now. It’s actually pretty amazing to me. I don’t maintain my personal homepage this well, and you’d think I would. Although that’s on the to-do list soon for various reasons. Hm. Reasons. I wonder. ANYWAY. Here’s to at least a few more.

Speaking of which, I saw a little bird (ha ha) post on Instagram months and months ago that Rory told her that Highland Park is his favorite whisky. So I got curious, because she didn’t specify — you wouldn’t say “vintage” for whisky, but you’d sometimes say “label,” but I don’t know if the age is part of the “label” classification because I’m a fucking noob. ANYWAY, I have hit upon something in the Highland Park line called 18-Year-Old Viking Pride. IS THAT NOT FUCKING PERFECT? Tell me that man isn’t a Highlander with Viking in his blood. (Tell me you wouldn’t want him to carry you off.

WHO DO YOU THINK YOU’RE KIDDING, ANYWAY. Yeah. SIT DOWN.) It’s not one of the higher-end labels or whatever, so who knows, it could be complete crap, but I can get it around here and we’ll see and I’m willing to give it a try. I am also willing to buy the smallest size bottle they have of that label, naturally. After my dad’s obsession with Early Times (blecch), I’m a bit whisk(e)y-shy. But we’ll see, won’t we?

Closest to a website-anniversary party I can get, I suppose, and as it is that won’t happen til after payday, which is two days after Rory’s birthday** (which was a day or two after this site began!).

—–
*I love the video quality on my new laptop (remember my new laptop?). I actually think sometimes about starting over with some of the worse-quality screencaps. The YouTube videos probably cannot be improved (sorry, Graham… DAMMIT I wish you could upload a clearer video of Thundersoup!), but nearly everything else probably can.

**Which falls on a Saturday this year. OH NOW, Y’ALL DUCK. My dude’s gonna PARTAY. Good for him.