First up, because this will mostly be an update about me for the three of you wondering, a bit of the big man… 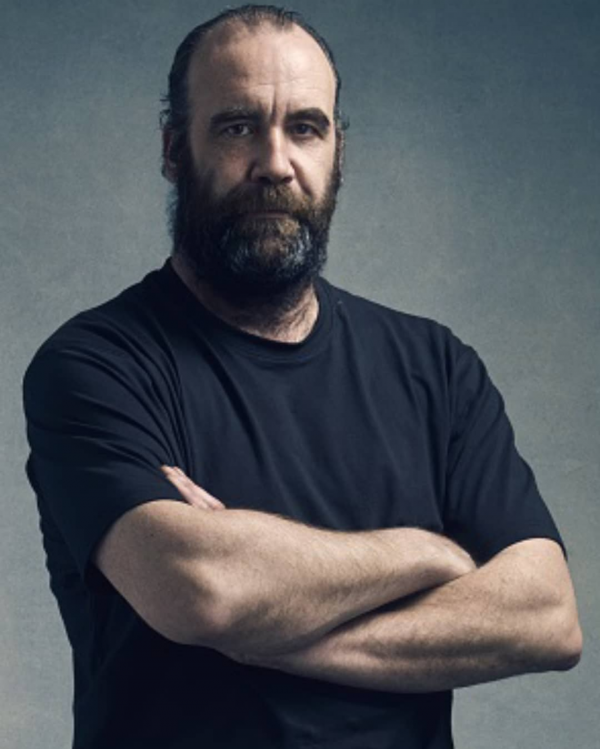 So, after all the crap this year, it looks like I have two jobs right now.

Three, if you count the food delivery.

Weird place to be in. The last time I held multiple jobs it was doing retail at an outlet mall in 1999 and in trying to juggle them I actually got in trouble with my full-time boss, who had been the one to introduce me to the part-time gig in the first place. Long story, won’t get into it, just one of those surreal things that you tell people about later and you feel like you’re telling a lie because it’s just such a crazy story. But that was the last time.

What’s happened this time was there’s a new trend in temp work. You still get hired by the temp agency but you get to schedule your own shifts. I thought that was a great idea because given that I have so much mess in my life to clean up it would be really excellent if I didn’t have to ask for time off every other damn week.

First temp agency I tried that was doing this, well, we will say they don’t really have their shit together yet, and we will leave it at that, to keep things brief. Er.

Second temp agency I had a bad moment with because that went better and the app seemed to be working but after I installed it there were no shifts to sign up for. I was pretty peeved.

So I turned to Famous Internet Retailer, which has a REALLY easy hiring process. I mean they do not even ask for work history, which is amazing for someone like me because for all intents and purposes, I have no work history; mine went on hiatus nearly two decades ago and anyone who could tell anyone about my time with their various companies is long gone. Anyway, I started that process last night. Turned out they have in-person onboarding appointments on the weekend, so I went out to BFE, Western Ohio today and had a nice productive time. I start on the sixth of April, working four days a week at nine hours a pop (half an hour’s lunch break in the middle somewhere there).

Okay, so after I got that ball rolling last night, ding! Here comes a phone notification. Guess who it was. Gig Temp Agency #2, inviting me to schedule a training-day shift at Famous Package Shipper.

I mean I’ve got three days in a row off for my official work weeks. And I don’t start for more than a week. And this shift is this coming Tuesday. Very not my usual hours, I have to be there at 7:45am, but… it’s a work shift. For me. Working. Actually working.

So at this point, because I hear Famous Internet Retailer is a harsh taskmaster and I might not last longer than two weeks there anyway, I’m hanging on to Gig Temp Agency #2 for now and we’ll see how many more shifts open up after I finish the first one. If Famous Retailer doesn’t work out, could be I’ll have GTA2 for backup, and I should hopefully be able to schedule the 36 hours a week I was going to get with FR.

It wasn’t like I wasn’t already working. Food delivery is work. Anyone who’s had to deliver to an apartment building, to an apartment not on the first floor, knows this. Now imagine maneuvering all that shit and you’re nearly fifty years old and been out of shape a long time. Right. I do better than I have any right to do, but still. It’s not sitting around clicking buttons. I’ve been earning money, I mean earning money.

But I want something where I don’t have to drive all over town, waste my gas, worry that I won’t get paid enough for the day (this happens a lot early in the week or else I’d have been doing a lot better this whole time) or that if I go where the pay’s higher I’ll get my car towed or something (I fucking hate delivering to the University Area and downtown) and if I get sick I lose all my potential revenue until I feel better… Uh-uh. It is an excellent way to earn additional income but I don’t want to depend on it.

And we still need to look at my car. Though given that going into neutral doesn’t really change the shake rate and the shaking is mild to begin with, I’m choosing to believe this isn’t a transmission problem and I will likely just get some fuel additive and keep mental fingers crossed til my first payday. Which, those happen weekly. I’ll be getting things put to rights in very short order. Get paid, pay for the room, get a tune-up. Like that.

So! Assuming everything goes well. I’m back in the game. I hope. [knocks on head]

I’ll be sure to show you my Rory shelf setup in the new place as soon as I can make that a thing.

Oh, and I’ve been tinkering with the site again. It’s a little bit here, a little bit there, but it’s something.