Over the years it became more of a kids’ holiday for me, but hey, let’s have a little Valentine’s Day fun.

First up, this gem from Being Scottish: 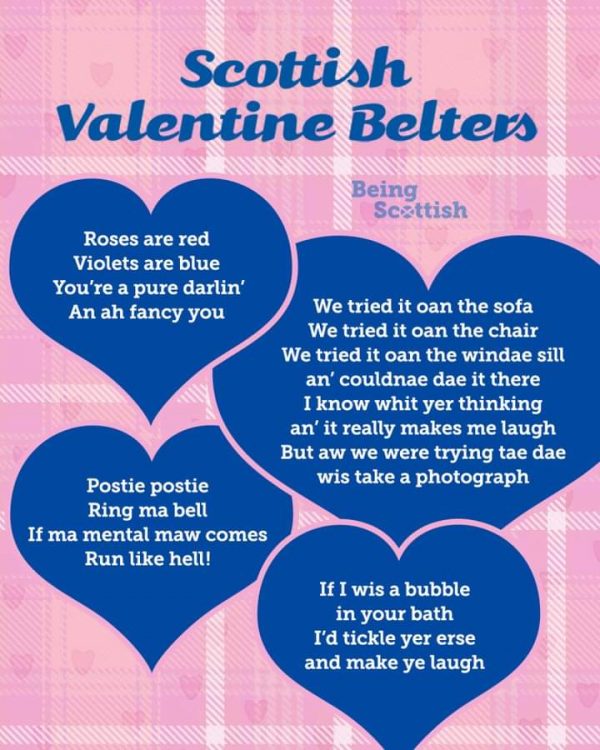 If you have ever wondered: Much of this is written in the Scots language*. If you ever read the DCI Daley novels by Denzil Meyrick, he uses a lot of Scots in his character dialogues.

Second up, how many of you remember these? I posted these to the Instagram back in ’20. 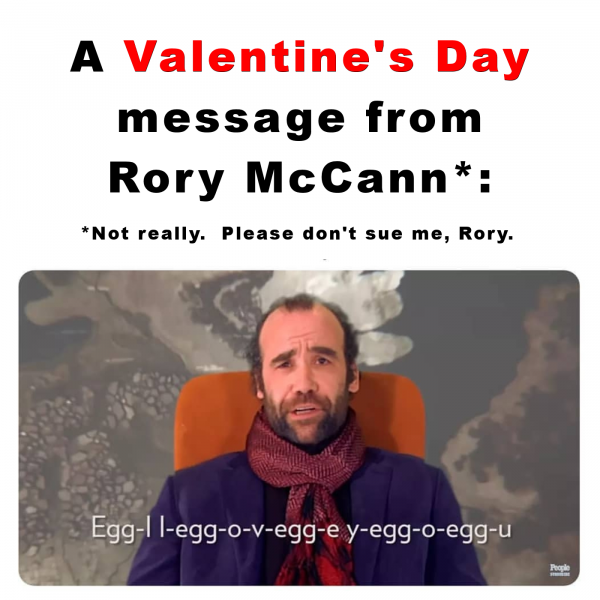 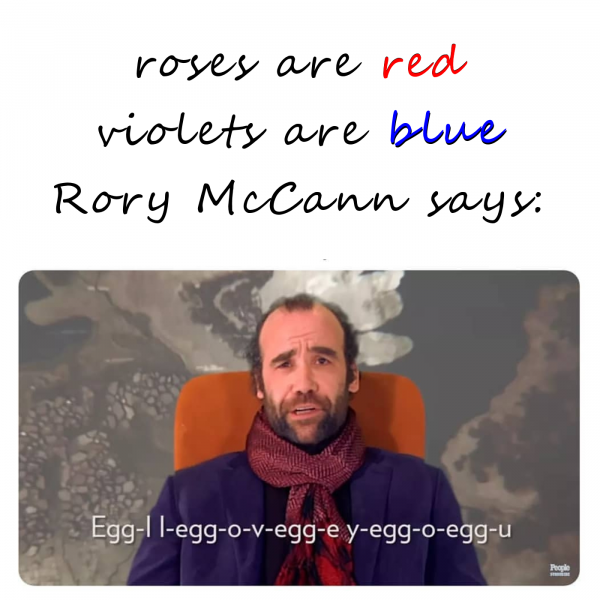 Rory was saying “I love you” in Egg Language, a language he and his sister invented as kids, for a video interview with People magazine back eight years ago. It’s pretty interesting the way it just rolls off his tongue. I’ve been wondering for a while just how many languages the man knows, or at least can speak at tourist level. (I know he picked up at least a little bit of Icelandic.) I saw his sister use Egg Language in writing once, and she didn’t seem quite as at ease with it, or maybe she was just in a hurry.

And finally, because being the inventors of sex was apparently not enough, Scotland claims St. Valentine:

Okay then. Unless someone’s got Rory all ready for me tied up in a bow (a blue silk ribbon will do 😎), I must dash. Got places to go, people to do, and things to see. Wait, that’s not right. Uh. Strike that. Reverse it. Buh-bye for now.

—–
*There is a lot of debate, much of it drawn along socio-economic class lines, over whether Scots is a language or a dialect. Most actual experts seem to believe it is a language; both it and English derive from Middle English. I think of the relationship between the two as sort of similar to the differences between Danish, Norwegian, and Swedish. I could possibly make a comparison with Hindi vs. Urdu as well, but I think those two languages are much less differentiated. (As I understand it, they’re both the Hindustan language, but… politics. 🙄)