This is an I’m-not-dead post, mostly. I was going to give this big long-winded explanation of why my life has SUCKED since 1994 and how it has particularly sucked since 1999 and sucked exponentially more since 2004, I mean, we were gonna start the Big Bang over and EVERYTHING, but I took another look at it after being interrupted eleventy-billion times and decided that was way too much oversharing even for me in this context, and I had left identifying details out.

I would get on Rory’s last nerve. I think personality-wise we may have quite a bit in common, but really, he’d be constantly afraid I was blabbing to the press.

Or to the internet.

Or to social media.

Point is, last year was rough and I was so sure this year would be better — and in some ways it has been; I’m fully vaccinated — for now, anyway — and absolutely grateful, and the household has more income, though I’m not sure where most of it’s going; and I’m finally getting some of the household mess sorted out (I expect that happy state of affairs to last no longer than six months and we’ll be lucky to see three); and a certain major problem seems like it might finally be on the resolving side or at least the I-think-I-can-live-with-this side — but in other ways this year just sucks, and much of the pain has come from having to remind myself over and over that no matter what I say or do I can only control myself.

Also having to remind myself that there are lots of reasons I’m in this present situation and, as for the reasons which are not my direct fault (and there are several), those will not change for the better just because I want them to. Even though they involve conscious decisions made by other sentient and aware beings. (I think. I wonder, some days.) Cold hard fact is that even people who know you don’t always wish you well if you get in the way of their self-image or the things they want in life or whatever.

Or worse, they just don’t give a shit.

Get used to it. If you’re young, it will only get worse from here.

Make friends and find love anyway. You want to tally up more good times than bad if you can at all help it.

OKAY THEN. Enough of that. Next item up will astound and amuse you.

So you know Rory McCann was born and raised in Glasgow, Scotland, right?

Did you know that the commonly accepted founder of Glasgow was one St. Mungo?

Yes, my Padawan learner. Within you, powerful the Force is. Much you can see, so very far away. But my point, that is not.

So I was checking up on some factoids about St. Mungo (the saint, not the fictitious hospital) tonight once that revelation hit me, because I wasn’t sure what St. Mungo had done miracle-wise. And while I was puttering around reading the Wikipedia article about him, a big stupid grin spread across my face.

See if you can spot it.

Remember me doing this piece about the meaning of Rory McCann’s surname? Okay. Now read the Wikipedia article again.

In Wales and England, this saint is known by his birth and baptismal name Kentigern (Welsh: Cyndeyrn). This name probably comes from the British *Cuno-tigernos, which is composed of the elements *cun, a hound, and *tigerno, a lord, prince, or king. The evidence is based on the Old Welsh record Conthigirn(i). Other etymologies have been suggested, including British *Kintu-tigernos ‘chief prince’ based on the English form Kentigern, but the Old Welsh form above and Old English Cundiʒeorn do not appear to support this.

ALL HAIL THE HOUND’S SON, BORN IN THE CITY OF THE HOUND-KING. 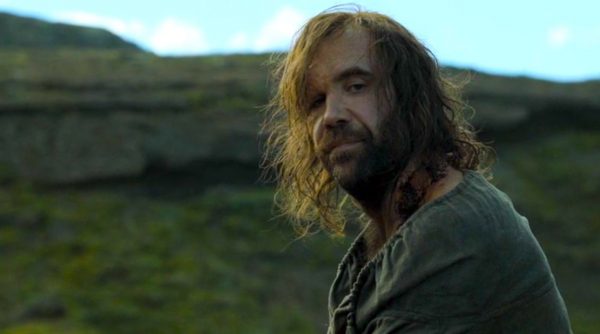 …What? I was having a moment.

(That’s the other thing! I have from 10pm to 6am to get any fucking sleep lately. AAAAAAAAAAARRRRRRRRRRRGH!!!!!)

(No really, MY LEFT EYE IS WATERING, GOD HELP ME)

All right then. My ass is off to BED. If I am very, very lucky, the rest of me will go with it.

I’m really not fucking sure anymore.