One of the things I paid for with the stimulus money, and it sounds a lot more highfalutin’ than it really is, was an upgrade to my visitor traffic plugin. In retrospect I’m not 100% sure it was worth it, but I’ll give it some more time and see. I do get to see what pages individual people (by IP address — I have no idea who you are) hit when they visit now, which may be useful for establishing general patterns over time.

I wonder if they’ll update the plugin should Scotland succeed at an independence referendum. As of now it all says “United Kingdom” instead. When I go in and actually look, though, most of the hits are from England so I doubt it’s going to make much of a difference.

(I always perk up a bit when it’s London or Glasgow. London because his agent’s there. It’s all me Silly-Fangirling, of course — very likely it’s fans instead. Works either way! You do tend to wonder sometimes, though I don’t think I’ve seen anything Ayrshire-specific and that’s where he lived for several years, if not still currently, so.)

I am later than I wanted to go on setting up the whole birthday card thing.

For those who are relatively new: Last year I sent him one. I happened to run across this guy online selling one that had a two-panel comic strip on the front. Panel 1: Elvis Presley tells Sandor Clegane, “You ain’t nothin’ but a hound dog, a-cryin’ all the time.” Panel 2: Sandor breaks the fourth wall next to a beheaded and gushing Elvis-corpse and mutters, “Fuck the King.” I thought it was hilarious, and then a little while later it hit me: I bet Rory would get a kick out of it too, because his sense of humor seems to touch on such things. So I ordered this fucker allllll the waaayyyyy from the you-kaaayyyyy because I am a fucking goit, and then wrote a message in it and sent it BACK to the UK. Because why the fuck not. Of course, this all coincided with the pandemic warming up. Of course. So you should have seen me, I was wetting the envelope flap with the fucking corner of a wet washcloth Just To Be Absolutely Sure. Ugh. But I sent it to his agent in London. Who knows when or if he picked it up.

Also: The artist has met Rory before. I had left a review on his online shop praising the card and explaining what I used it for and he thought that was cool. He worked in a bookshop back in the day and Rory walked in once — of course. I wish you could immigrate to Scotland by getting a job in a bookshop. I’d fucking be there already.

(Okay, not really, because my life won’t allow it just yet. But it’s nice to think about.)

This card’s a lot simpler, because I got an idea to design my own this time. Yellow card, and some of you might remember a Clegane dog project I was fucking around with late last year? I still have the stamp I carved. I had jokingly mulled over whether to send him an actual finished mask but wasn’t sure how he’d take it, but you can print on paper and cardstock with that stamp too, so that’s what I decided to do instead. And I’ll write a message on the inside again, like last year. What message? Nothing risqué. Wasn’t last year either. Thinking of, among other things, offering just-in-case congratulations for that rumor about him that got started late last year, and let’s see if he rises to the challenge. (And I’d congratulate him anyway, because if it really did happen it’s a Momentous Occasion and she must really be special, so good for him, even if I’d be sad about it too. I have the emotional range of more than a teaspoon, thank you very much.) Maybe this will be the nudge he needed that if he really did marry he might go, “Oh hey wait, I bet people have been wondering,” and mention it in his next interview. See, multiple purposes there. And I would have sent the card anyway. Because… it’s him.

(I know people in my personal life who would be very annoyed with me. “OH so you’ll send a card to a STRANGER every year for his BIRTHDAY and I never get a letter from you!” Well, he’s also not on social media, at least not anywhere identifiable. I mean what the fuck else can I do?)

But as I said, I’m going later than I wanted. Who knows whether it will get to London in time, and who knows how often he goes and gets mail from his agent. Or does the agent forward his mail? I mean, it could be anything really. I have no idea how this works and I doubt Emptage Hallett would tell me if I asked. I suppose it’s the thought that counts.

Apparently some fans knit things for him. I also knit, and I’m pretty sure I can guess at hat size at least (or range — handknits have a good deal of stretch, considering), and I can sort of guess at personal taste a bit, but it would still feel like an imposition or maybe something too personal, so I’m not up to that yet. If you’d like to make something for him, obviously he loves hats (a slouch would be an excellent choice, I think) and likes blue, green, and black for sure. (Think Black Watch tartan. Those colors.) I wouldn’t try to match that glorious red scarf he sometimes wears. Photography fucks up color accuracy.

I’m waiting on a refund to kick in. Depending on whether it kicks in or whether Zappos gives me the runaround, this site may go dark BRIEFLY this month, starting fifteen days from now (the 21st). Payday is five days later — remind me to tell you sometime how much I fucking hate Monday paydays — and I won’t immediately lose the domain name so it’s not a world crisis, but it will be a bit annoying for those of you who try to visit and can’t. I have another option or two to explore as well. Either way we’re looking at less than a week’s downtime or none at all, and I trust my host to resolve (no pun intended) things very quickly once I get my own shit together. The roughest part of the pandemic for me has been having this other adult home who of course is going to be unavailable while he’s working, but he also willingly took on MORE work on the side and so when he’s not in the basement he’s sitting in his living-room chair napping or otherwise being useless. Occasionally he cooks. But mostly it’s him making three times the mess while only being half as helpful as he was previously, and he wasn’t that fucking helpful in the first place. So I’ve very much felt stretched in several different directions, and so I spent faster than I had intended when the stimulus came in. I did also get a few major things solved, though, at least partway, so I suppose I shouldn’t be too hard on myself. It’s just one of those things. Personal shit’s gotta come before the hobby.

Okay. I babble enough. Here’s another Rory for ya, and I’ve got shit to do. ‘Later. 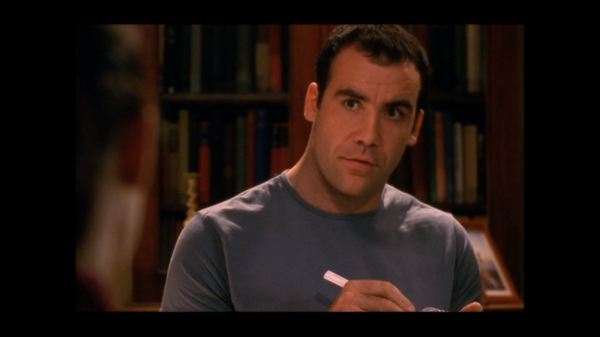