There’s a very simple reason for this, and it is: Facebook threw up a memory at me.

Can you guess what it is? No? I’ll give you a hint. Today’s post is brought to you by the letters G, O, and T, and the number 8. 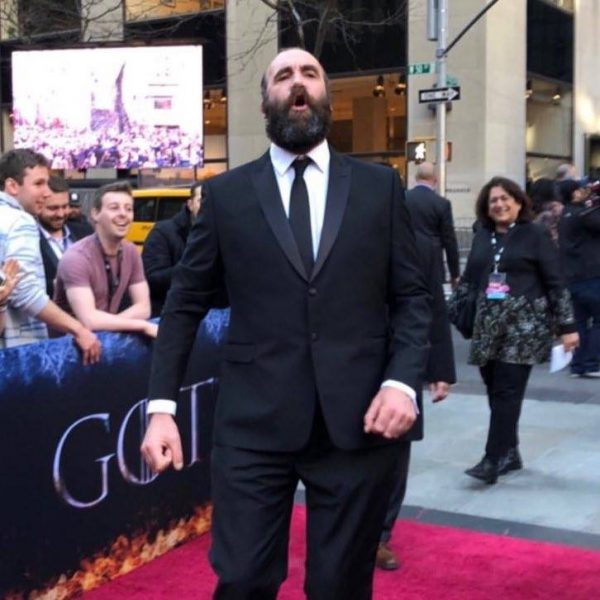 I got into a lot of trouble for posting this on my Instagram at the time. I had seen it on Twitter and got excited (can you blame me? I was literally TWO STATES AWAY from my dude at the time!) and reposted without thinking, then the Hound’s Lair lady came along and said, “this was taken by so-and-so,” and for some reason I took it as an accusation and got into an argument with her. So that’s why I’m on her block list. I need to be a little less trigger-happy in social interactions. But what can you do. Deed’s done.

(She gave as good as she got and called me “Grandma.” Lady, he’s five years older than me. What’s that make him?)

Anyway, I can’t now remember who the photographer was but if you’re here, thank you so much for sharing this with all of us. Also, LUCKY B*TCH. You got to see him in person!

Mystery Photographer or someone else also got this photo. 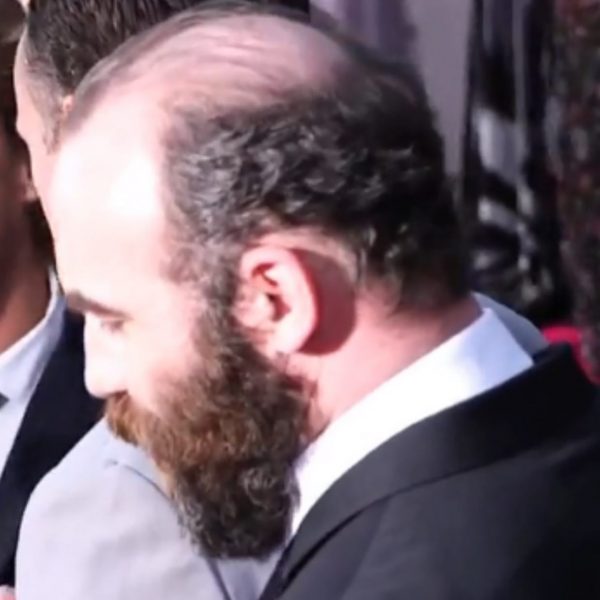 Oversharing time: I am, shall we say, very tactile in orientation when it comes to guys, especially their beards. I’m one of those silly women who scritches her man’s beard. (When I have a man. Alas.) And on top of that this was the first I noticed that Rory’s got curly hair. Mmmmm. Sorry. Just… Yeah. ANYWAY.

This is also the suit he wore to the 2015 SAG Awards in California, and looked very James-Bond-ish at the time: 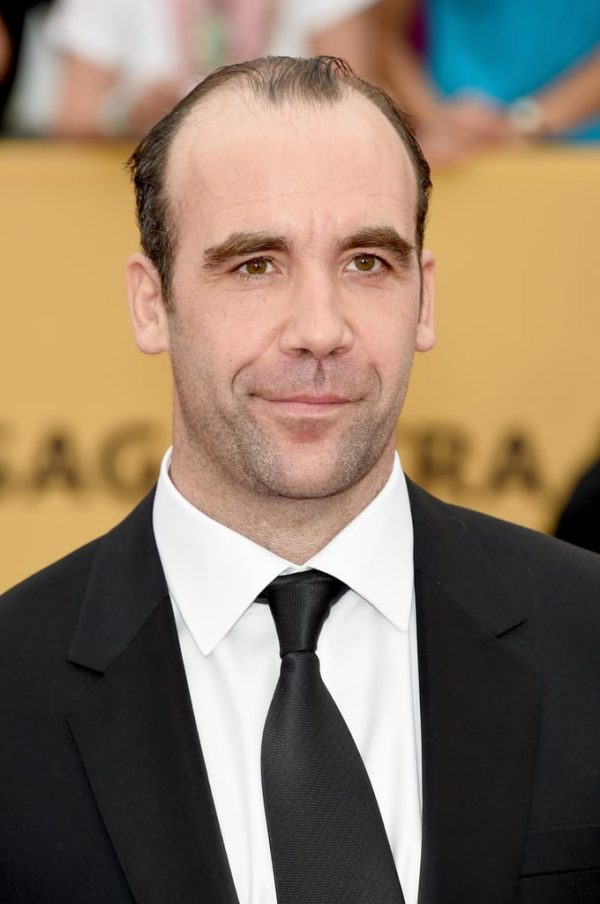 But it’s gotten to that level of weird with me when I can identify clothes I’ve seen him in before. So far it’s this suit, and the reddish shirt he auditioned in for Game of Thrones… 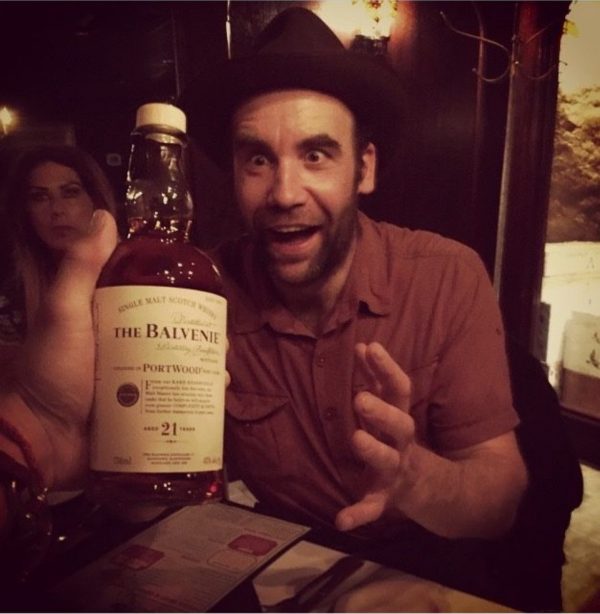 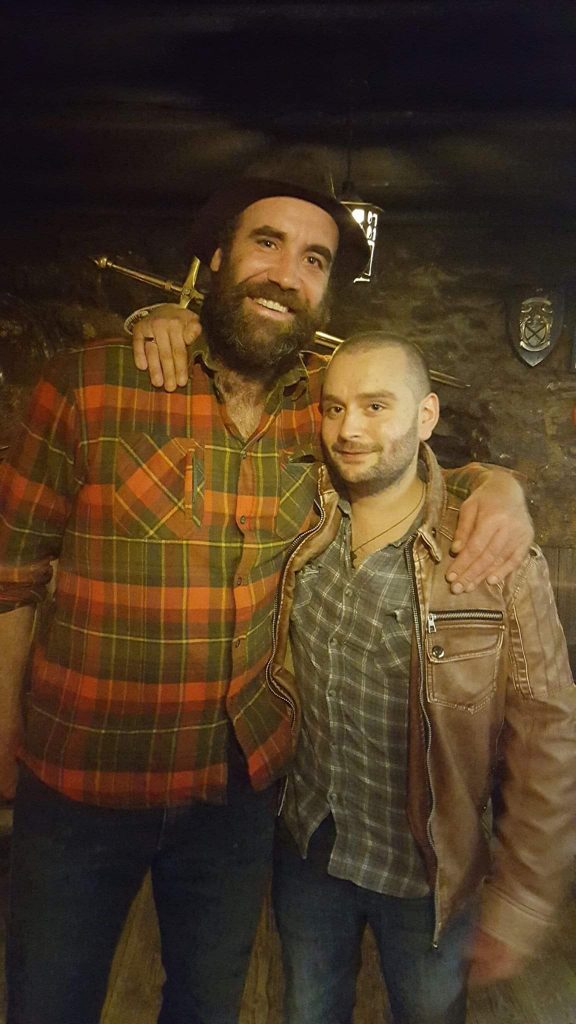 …he turned up in it more recently at La Lanterna. 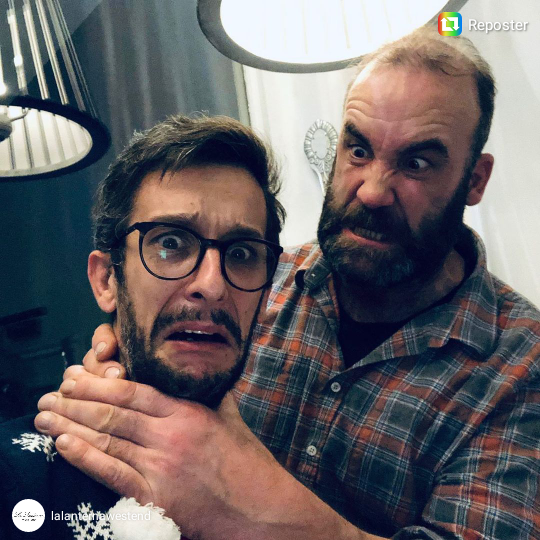 [Correction: No he didn’t! I went back and looked down the published post (I do that; sometimes I catch blatant errors, and I’m a bit perfectionist) and it is NOT the same plaid. But the color scheme is very similar, which is funny because I have him pegged as favoring blue and green.]

I love that he is practical about clothing, though. Until recently I lived with this guy whose approach to falling behind on laundry was to just buy more clothes. By the time I moved out last fall, he had literal trash bags full of them piled up in the laundry area in the big basement room. I was at my wits’ end, for that and many other reasons. Rory’s approach looks like just the other extreme, I guess, but to me it’s like “oh hey, not everyone is fucking mental about clothes.” But then I can get by with the same one pair of going-out shoes for four or five years in a row, and they’re always sneakers, so maybe I’m not the most reliable source on what’s normal. And anyway, Rory allegedly lives on a boat. His normal’s going to have to differ from everyone else’s normal for obvious reasons.

Okay. Anyway. Just thought I’d have a little fun. Hopefully you did too.