This will be mostly about me again so here’s more Rory first. 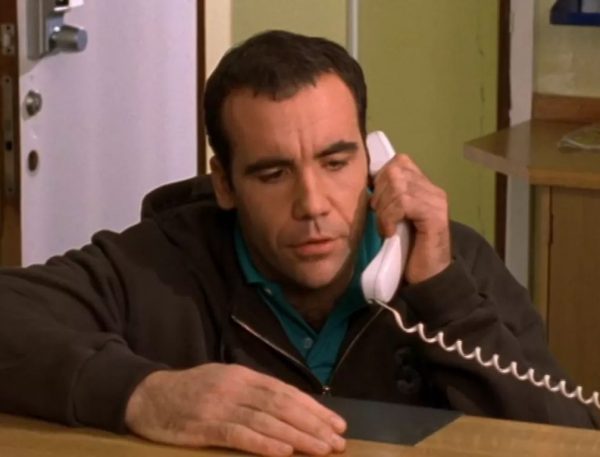 Yeah, that’s me calling him setting up our hot date next weekend.

And that’s the closest you’re gonna get to me doing an April Fool prank on this site. At least for this year.

Okay! So, my situation has changed rather rapidly over the past couple of weeks. The information I gave you a few posts ago was accurate at the time, but then shit changed again, so let me sum up, for the two of you who might be curious.

As a prologue: I’ve been supporting myself since the beginning of February, when I first got back to Ohio, by delivery driving. First for DoorDash, then for Uber Eats. (By the way, at least in my personal experience, UE is far superior to DD. Just as a data point. If you must pick one, pick UE. I hear GrubHub is worse than DD, incidentally — I did have a lot of trouble just trying to apply for them and gave up, so take that for what it’s worth.)

First there was Temp Gig Agency #1 (TGA1), which would have had me sorting lighter-weight mail at a certain famous shipping company at around $18 an hour. But shit went weird with the app, and the human beings behind the whole affair kept borking things up, so I gave up on it provisionally (kept the app installed, quit checking it for shifts) and went looking elsewhere.

Then there was Temp Gig Agency #2 (TGA2), which told me the work they had for me was some kind of assembly job, “easy work,” but not with who, and everything went more smoothly but when I installed the app there was NOTHING in store for me.

I started despairing and applied with Famous Online Retailer (FOR), and their application process is super easy and they don’t even ask for work history. Applied on a Friday night, scheduled for an in-person onboarding the very next day, went to bed smug and apprehensive because FOR has shitty employment practices, but when you keep running into dead ends and are terrified of running your car into the ground JUST when you literally depend on it to not be homeless, you’ll do what you need to do.

But after I was in bed my phone went ding-ding and… it was TGA2 telling me they had a training gig for me the following week.

Went to the onboarding that Saturday anyway. Got back… and TGA1 suddenly had a real job available for me. Like, I could just schedule it and go on the appointed day. Days. Multiple days. They’ve got available shifts for DAAAYYYYYS.

So there I was with three fucking jobs after I told you all I had two… four if you count Uber Eats.

This story is already too long, but at this point:

1. I have worked a training shift and three real shifts with TGA2, for another famous shipping company which for some reason picked up a supply chain arm in 2015 and that’s where I’m at. Did you know manufacturers do not package all products they make in China? No, grasshopper. They send the components for packaged products back to the United States and we package them. That’s what I’m doing. Stuff like electric-toothbrush kits and baby-bottle gift sets. It’s easy work once you figure out what the fuck’s going on, problem is you are on your feet the entire time. It’s not so bad for four hours but I did two four-hour shifts yesterday and OH MY GOD DYING. I was joking to myself in my head about feeling like the Little Mermaid. Knives in my feet. HOLY FUCK.

But it’s rather like when I was in the Army and breaking in my combat boots, and that was worse but I survived it (obviously), so we’ll see what happens. This young woman told me she went through the same thing and in two weeks her feet were back to normal so I’ll give it that long and then we’ll see. I desperately need the hours, so I’m just gonna have to, as we said in the Army, “suck it up and drive on.”

2. Haven’t scheduled TGA1 yet or, I should say, I scheduled one shift and then withdrew it pending figuring out how things are with TGA2. It’s my trump card unless the offered shifts completely disappear. It’s farther away to drive, so I don’t want to commit to that much going around until I get my car tuned up and maybe the gas prices get a bit less scary. Given where I want to move when I finally get my own place, I may end up switching to it instead of TGA2 if it turns out the other job site will be closer to me.

3. Withdrew my application from FOR. This way it’s not a quit, they didn’t fire me for not making some kind of fucking quota or needing the restroom more than once a day, and if I really need to get on with them later I can try again. Fat chance, but I don’t want to completely screw that possible avenue of employment.

Oh and the best part is that the way things are now, I always get weekends off. If I need a weekday off, I can just… not schedule for that day. As it is I can only work four full days and a half day because TGA2 limits me to 36 hours a week. But at least in the beginning I’m gonna need that extra half day off just so I can start getting feeling back below the ankles again JESUS FUCK.

We do stand on squishy mats while working. We do get breaks. Of course, I have to walk alllll the way back across the fucking warehouse to get TO the break. On sad and ouchy feet. Thank fuck it’s a small warehouse, or I’d really be screwed.

I want to take care of a couple things, like getting my car a tune-up, and then save up some money before I go putting myself on an apartment waiting list. But I hope that will be squared away by the end of summer. It is a little more expensive to live where I am than it would be to live in the apartment I want to live in plus pay for utilities and internet, considering what I actually get. I’d like to pare down my expenses a little.

Oh, and did you ever hear about that deal with Uber Eats where if you do 200 deliveries in your first month and don’t earn $1700 total, they will make up the difference? It’s true. I got, like, $460-something extra back this past week. Felt like I won the Powerball. So if you know anyone hard up for cash who has a car or can sign up with UE as a bicycle courier, let ’em know. Actually, because of this, I may renew the big man’s domain name here early, just to get it out of the way. This coming week is the last week I should have to be on red alert about my room fee as long as I don’t totally screw the pooch on my current employment (I can’t see how I would, but let’s just say I’ve been knocking on my head pretty regularly lately) (just did it again, in fact), and then after that I’ll have significant leftovers once it’s paid.

I can spare one domain-name fee, though. Shit. You kidding?

Oh, and finally, if Rory is still docking where we know he used to dock, this is local to him and it opened today, apparently. 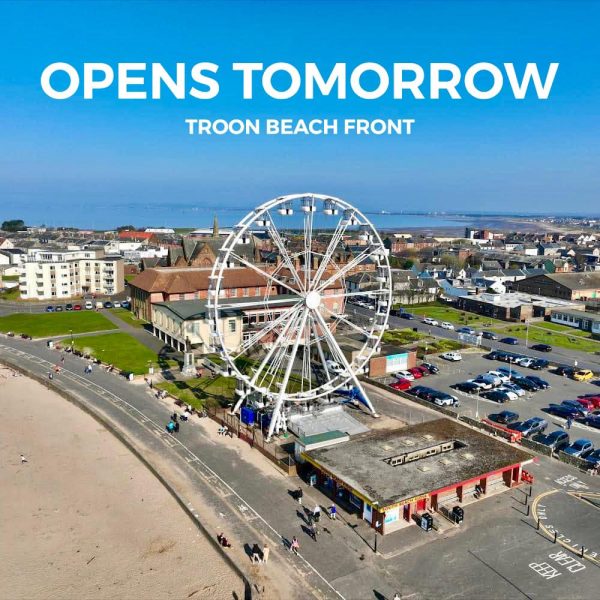